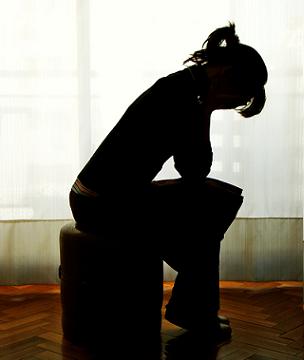 How do you feel about the police?

I’m in two minds because as far as working girls go, they have no compassion. They don’t believe them. They think the girls and women put themselves in that danger, so why should they be helped.

Have your feelings towards the police changed since exiting the sex trade?

Still the same. Nothing has changed. The system hasn’t changed and that’s from talking to other girls.

Did you ever have any dealings with the police before or after you were in the sex trade?

When I was fifteen, I went to see my friend who’d moved in with her sister. I was thrown out of the house, and found myself in Piccadilly, Manchester where I met gypsies. The police put me in this hostel. There was about one hundred and ninety women in there. I was petrified. I didn’t know what to do. I ended up losing my virginity to a lorry driver for five pounds. That kept me in sandwiches for a week. The police didn’t even ask if I wanted to go home and they didn’t ask how old I was. I’d left school at fourteen as my dad died and I had to get a job straight away. I got an ICI training course in a pub. I just went to Manchester for the weekend, and ended up staying.

Where I live now, there’s been three young women in prostitution murdered and eight missing. The police have been speaking to me and the other ex-working girls. We were questioned by the vice squad. This was a couple of weeks ago. Some of the women have been missing years. Donna Keogh has been missing fifteen years. Rachel Wilson was missing eight years and they’ve just found her body in a field. Vicky Glass was found on the moors in a shallow grave.

I appreciate this is a personal question, but could you tell me if you had a crime, or crimes, committed against you while being in the sex trade, and if you feel comfortable to say what type of crime?

Yes, I was raped and I was beaten up on more than one occasion. One time, I was drugged and left in the car park of a nightclub. When I came to, I was bruised on my waist, legs, and breasts.

Did you report any of those crimes to the police?

Could you explain what held you back from reporting crimes committed against you to the police?

I was too frightened to go to the police. The way they’d dropped me off when I was young. I had expected them to take me home, back to my mum. But they didn’t do that the first time. And there was lack of trust. You didn’t know which policemen to trust. Half the girls were being touched up by them. It was a vicious circle. There was no one to help you. It would be like you chose to do this job: get out and do it, or get a life.

Did you report the crimes to any other agencies instead? And if so, could you tell me what kind of agency and what support you received?

There was no rape crisis. I once went to a church in Centrepoint. There was a vicar or priest and I went to see him. I told him what happened, but all he could do was write to my mum and tell her I was okay. I had no contact with my mum apart from sending her the money. She thought I had a normal job. I thought the letter would give my mother an idea that something was wrong. But she thought I was all right and it was just something else I was involved in. I didn’t tell my mother until I was thirty-two.

No, it would be the same. I didn’t have a good experience with the police. One time, they used me as a trap, because I looked young. They wanted to get a paedophile that used to take young girls to his flat, and rape them and film them. I trapped him. The police said to me they’d be outside the door of the flat and not to worry. I was in the flat with two men on my own and I had to pinch the video tape for evidence. When I came out, the police were sat in a black cab. They weren’t outside the flat like they said. I could have been raped. I remember he had a ginger wig, and the other one was mixed race. The mixed race man used to go out and get the girls. They both got seven years as far as I remember. The police dropped me back off at the hostel. They thanked me and said they’d be watching my back. I never saw them again. I took a couple of overdoses after that. I ended up collapsed in a coma for three days. When I woke up there was a pimp at the side of my bed. He wanted to take me to his house with these two girls he had working in there. I didn’t do it. I went back to the hostel instead.

Now you are no longer in the sex trade, if you were the victim of a crime, would you report the crime committed against you to the police?

I’ve had crimes committed against me since then, and I was still betrayed by the police. They misled me when I had a serious crime committed against me. I had them up at the IPCC (Independent Police Complaints Commission) and they were all reprimanded. Although I was never arrested when I was working, a friend of mine used my name when she was caught loitering. So for all these years, I’ve had prostitution on my record and I didn’t know it. I found out when I got a CRB check. I proved it wasn’t me. They had the wrong fingerprints. It’s off my record now. But for years, it was on there. I think with the police knowing, that’s why they treated me like that.

In addition to your own personal experience, do you have friends in the sex trade who have had crimes committed against them? If so, did they report those crimes to the police, and are you able to describe the treatment they received and what the outcome was?

Yes, my friends had crimes committed against them too. None of us went to the police. Once, a friend of mine was tied up and put in the back of a van, and the van was set on fire. I went looking for her and found her in the van when it was on fire. She was in the back, kicking and screaming. We hunted the punter down in a nightclub and informed the police. The police were more interested in the arson attack on the van than the girl inside it. I’ve never seen her from that day to this. She went back to Wales. She was in a terrible way.

No, they don’t take crimes committed against them seriously, not when I was working. They have the attitude that you’ve put yourself in danger and you need to get yourself out of it. That’s what all the girls in those days thought. They used to get beaten black and blue by pimps or punters and they’d still be out the next day. They didn’t bother with the police.

How would you like the police to deal with crimes committed against people in the sex trade?

The background of the working girls should not be held against them. Because they are in the sex trade, the police think they deserve to be raped. No one puts themselves in the situation to be raped. They should be treated like a victim. They should be helped more. They should be given help to get a new start in life if that’s what they want. The Merseyside model will bring about all these changes.

Would you like to see the Merseyside model rolled out across every police force within the UK?

Definitely, yes. It should be rolled out nationally.

Please support our petition on Change.org to make the Merseyside model the standard policing approach for the UK.

5 Comments on In the Booth with Ruth – Maria, Prostitution Survivor