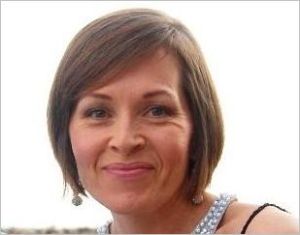 How did you become involved in the movement against sex trafficking and sexual exploitation?

Following my time in the industry, connecting with the sex worker rights and anti-trafficking movements was just natural. I started escorting at 18, but due to drug and alcohol issues, I took a break after about 2 years. A few years later, I found myself suddenly supporting myself and going to school so I went back. The reality is, I liked what I did. I loved the economic independence and personal freedom I felt. I had nice clients and good money rolling in, but based on social stigma, a lack of real support, and my family upbringing, I felt like hiding everything was my only choice.

About 2 years back into the industry, I had a close friend turn on me. He blackmailed me, threatened me, and literally terrorized me for the next 3 years while forcing me to work and turn all of my cash over to him whenever he saw fit. It was a nightmare. I didn’t tell anyone for years, primarily because I felt so much shame over the abuse and stigma attached to the sex work I’d been hiding. It’s really quite ironic because it wasn’t until I started pursuing my own healing and working with sex workers/trafficking survivors that I started putting my own puzzle together. Activism should never replace healing, but sometimes it can be a great catalyst for it. It was really quite liberating to be able to more fully understand my own story, continue healing, and re-frame my time in the industry. It allowed me to embrace the time I’d spent in the industry and realize I’d been blaming the entire industry for the few horrible things that happened to me along the way. Once I was able to separate out and deal with the peripheral trauma (abusive relationships, addiction, childhood issues), everything changed for me. I was able to think more critically about my experiences and come to the table without the pain and trauma distorting my experiences in the ways they once had.

You are also concerned in your activism with sex workers’ rights. What do you think needs to happen so the two movements are more aligned?

Oh, wow, not sure where to start and I may not win any popularity contests, but here goes nothing. I’ll limit myself to a few thoughts… First, I’m done with bad research studies. Poorly conducted, bias, limited research needs to stop being used as the foundation for fundraising, education, and awareness. The damage that’s being done is immeasurable and harmful for entertainers, sex workers, and trafficking survivors alike. We could talk for DAYS about this, but I’ll stop there. Long story short, we need to learn to be more responsible consumers and critical of what we’re reading.

Second, for years you’ve had the majority of sex workers and adult entertainers – a majority in the sex work spectrum demographic – going unrepresented by anyone other than themselves. The refusal to have sex work acknowledged as real work based on moral objections has all but halted any civil discourse and allowed old perspectives and limited understanding to dictate policy. We’ve experienced an incredible amount of social rejection, judgment, legal bias, and isolation. From where we’ve sat, it looks and often feels as if there’s no room for the sex worker’s voice unless you’ve experienced enslavement/exploitation and are willing to support abolition AND oppose sex work. We’ve been told we have to pick sides. That, in and of itself, is very disturbing. That has been deeply felt by the sex worker community and has left people feeling justifiably angry, invalidated, and hurt.

Here’s the thing, though: in saying that, I’m quite aware there’s this huge glitch in that process that needs to be addressed. There has to be safe space for people on both sides of this to come to the table and talk because I think a lot of healing needs to happen. I always encourage those with the most publicly identifiable power, privilege or voice to initiate. In many cases that usually means reps of larger entities such as anti-trafficking orgs, religious leaders, or government agencies. I think a lot of burned bridges need to be re-built. We may never agree on everything, but we do need to respect each other and listen.

Why do you feel it’s important for the anti-human trafficking movement and the sex workers’ rights movement to work together?

Like I implied, I don’t think we have to pick sides. Whether you’ve chosen sex work or had it chosen for you, neither side benefits from trying to silence or disregard the other. This matters because sex work and trafficking are both part of the same industry, but very different in both concept and execution. Sex work will always be around. Erotic service providers will always exist. Trafficking will never be fully eradicated. We have so much to learn from and teach each other, but it can’t start until we find a few people we trust on both sides to come to the table and talk. Believe me, I’m not naïve – I know there are obstacles, but there’s too much to lose if we don’t find a way. Too many human rights abuses are happening, too many opportunities being lost, and too many freedoms being denied. All of this goes for both sides. When you have those being trafficked being criminalized, we’ve got a problem. When you have sex workers being denied the full opportunity to engage, participate, and provide for themselves, something’s horribly wrong. You can’t make decisions for an entire group of people and leave them out of the conversation and that’s what been happening to sex workers and survivors alike since the beginning of time. Allowing moral biases to dictate policy is dangerous for those who are there by choice and force.

What legal improvements or changes would help abolish sex trafficking and sexual exploitation and ensure sex workers’ rights? Can these two groups be ensured their human rights and the protection of the law simultaneously?

I’m not sure I’m the most qualified person to speak into this, but in short, yes. I always like to defer to those currently working in the industry as their perspective is more well rounded and current. Personally, I feel that decriminalization makes the most sense and offers more protections for both sex workers and trafficking survivors alike. Until sex workers are allowed to come to the table, protected, respected, represented, and heard, survivors will suffer as well. But, honestly, why would sex workers come forward and put themselves at horrible risk in so many ways when society makes it so hard by punishing, blaming, and demonizing them in general? The sex work community is our greatest asset and ally against trafficking AND they really care about it. As a person of faith that’s supportive of sex worker rights AND abolition, I’m often criticized for this within certain circles, but I feel strongly that justice is for everyone. And this is where you generally cue the hate mail…

First, you can’t trash an entire industry, and demonize those working in it, then offer them mascara, a cupcake, a Bible or diversion and expect them to trust or come to you when they hit a snag in the road. You’ve already established you have an agenda and shown yourself to be fundamentally unsafe. That may speak to a few people, but it does nothing to serve the majority within the industry who aren’t planning their exit.

I’m a firm believer in knowing the people you care about and want to serve/support, as well as those you disagree with. Think that all prostitution is paid rape? Hang out with sex workers who’ve chosen and love sex work. Think that trafficking is a myth? Listen to and get to know survivors. Challenge your own biases and be willing to learn, grow, and change as a result of stepping outside your theological or philosophical comfort zone. Ask how you can be the kind of ally and advocate that supports the people you care about in ways that matter to them. And above all, check your motives. Nothing is more offensive than being told you aren’t smart enough to understand your own experiences or choices and need rescuing. That’s infantilizing, disempowering, and offensive.

That’s always a good question. I’m fortunate enough to get to do what I love with people I think the world of… I’m beyond fortunate. I’m a planner by nature, but I’ve also tried to balance making things happen with allowing things to happen organically. I know it sounds cheesy, but I just want to keep it pure. I love the SW and survivor communities and want to support and serve them in the most relevant, holistic ways possible. We continue our commitment to learning from and partnering with the industry so that we can continue to become better allies, advocates, providers, and connectors. Perhaps it’s just life behind the conservative Orange Curtain here, but we need more representation for the local sex work community BY the local sex work community. I’d really LOVE to see that take shape here. And we always need better resources, services, and support for our survivors and for the SW community, especially our LGBTQI friends and survivors.

I’d much rather hear from others about who they think I should be learning from! Seriously – I love that! I’m a big fan of RedUp in NY – Prose and Lore offers sex workers across the spectrum a forum to express their voices and tell their stories. I LOVE hearing others’ stories! Tits and Sass, SWOP, Melissa Gira Grant, the list is endless. That’s why Twitter is so great – I can follow great conversations, link up to fabulous reads, and of course laugh…I’m always learning something new.

I’m on Facebook and on Twitter I’m @megmunoz and for Abeni, allies and advocates offering safe, confidential care, and personal support for those working within the OC adult entertainment industry at @abenioc. Abeni’s website is www.abeni.org.