Can you tell me about your new book This Is How You Disappear?

It’s my first paperback, having just signed the deal of my life with Abrachadabra Publications. It is a collection of short stories and prose dealing with themes of isolation and escape. I wrote about twenty-five stories for the whole project, and narrowed it down to ten for publication. My first novella, 18 Days, is tacked onto the end, so it’s essentially everything I’ve ever done that I deem worthy for public consumption.

What sparked the original idea?

I had the opportunity to have a short story, which is included in this collection, published as an e-book about eighteen months ago, but as it was only ten thousand words, the publisher suggested I do another short as a bonus. The bonus story that I wrote was called This Is How You Disappear, the title of which I nicked from a Scott Walker song called Rawhide. Due to the collapse of the publisher, it never happened, but I was very happy with both pieces, and I found myself drawn to the short story medium, so I wrote a load more. Before I knew I had a collection, and a ludicrously cool man, and magnificent author, called Ryan Bracha, showed an interest.

What research, if any, was needed to write it?

Nothing I write ever requires research. I write about what I know. I could never write a sci-fi novel or a crime story as I don’t know enough about those genres.

Can you share about the writing process – did you plan in advance or write it by the seat of your pants?

I wrote my first novella, which ran to 30,000 words, in five days, whilst working ten hour shifts and tending to my new-born daughter at the same time. That was an utterly draining experience. For this book I took nearly a year to finish it. I wrote about twenty stories and discarded half of them. I’m happy with that though, because it gave me the space for reflection and other boring clichés. At the end of the day, my process hasn’t changed. I write while I’m drinking wine at one in the morning. Almost every review of 18 Days commented on how dark it was, and although I didn’t consciously try to get away from that, there is much more levity in this collection. It’s still pretty bleak though. I can’t help it, I’m a miserable sod. 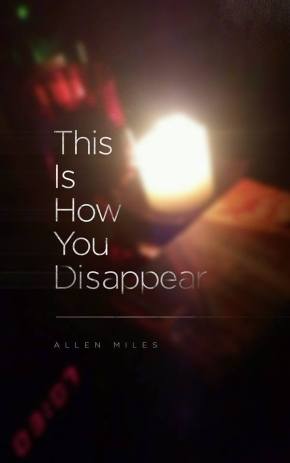 Could you describe two or three of the characters from the book and explain how you created them?

My favourite character in the book is called Joey Borden, who features in the story called Paradise. It’s a story about a band who get the slightest whiff of the big time and they start shovelling drugs up their nose and behaving like scum, while Joey, who is the true talent of the group, just wants to be at home with his wife and daughter. He is an amalgam of the people I knew during my own disastrous foray into the music industry.

There’s also a character called Maggie, in The Holy Dusk Tricolore, who is desperate to look after a young guy who can’t take care of himself and seems to be permanently drunk, and she is based on someone I know. The characters in Blue And Yellow Stripes are all actual people that I once knew. It’s been a very interesting process, creating characters for these stories.

Is there a particular message in the book you’d like readers to understand?

Sometimes the best company is your own.

Where can people buy the book?

Amazon UK and Amazon US. And Mr Bracha is in talks with local outlets for the paperback.

I run a website – www.sittingontheswings.com – with my long-time childhood mate, Martyn Taylor, who himself is a very talented writer and internet spammer extraordinaire. We’ve neglected it somewhat in the past couple of months but we’re about to catch up posting the articles that have been sent in and we’re always looking for more contributors.