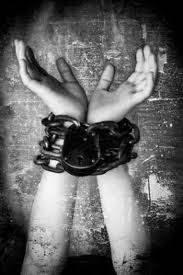 How did you become involved working with victims of sex trafficking and prostitution?

I saw firsthand how these illegal businesses would intertwine with legal businesses and so-called legal businessmen. I know how they would bring in medical doctors who would give the women birth control, illegal abortions, treat their STDs – all off the record in exchange for a trade of services between him and the ‘girls’ or ’boys’.

I saw how they set up phony escort services so that if a girl ran and tried to go back to work in the business again thinking she’d gotten away from them, she’d only be found the minute she went on a job interview at this phony setup agency. If they even thought about working for another agency without reporting all of their money to them, this phony agency would report whatever it was anyone thought they were cooking up.

I was in the middle of this in Los Angeles during the 1980s, which was during the whole Iran-Contra fiasco. This meant I saw government, CIA, police, and other politically connected people pumping guns and drugs into Los Angeles using the gangs as a front for what they were doing. I was on the trucks full of crates of cocaine off the boat from Columbia when I saw the coast guard wave them on through, because everything had been already arranged within our own government to happen. I watched how the prostitutes were used as mules to carry the drugs or to have sex with potential purchasers of the guns to make sure they were not cops.

What draws you to support people enslaved by traffickers?

When I tried to seek any type of professional help for the anxiety attacks I was having, the PTSD, and the whole range of emotional problems I was having after living through what I’d lived through, the therapists I tried to be honest with – about what was going on, what was behind my anxiety, what my nightmares and flashbacks were all about – would accuse me of hallucinating and try to lock me up for seventy-two hour observation. Back then, nobody believed sex trafficking existed.

When some of the madness stopped, I poked my head back above ground and saw daylight again. But in hearing what had happened to the people who had made my life a living hell, I also heard that another set of people had replaced them. That the victims were being replaced too. The woman who had been assigned to teach me the trade had died of an overdose that year also. She was replaced with someone else.

What I saw was the system continuing with a whole new batch of victims, and a whole new batch of traffickers. Only I knew these victims couldn’t get help from the authorities because in each case where we had tried to call for help using these authorities, they either wouldn’t believe us, they’d tell us they couldn’t help us, or they would flat out not give a damn and refuse to help. The general police attitude towards a person who appeared to be a prostitute back then was not kind or friendly, let alone helpful. We tried for years to report the Hillside Strangler to the police who was targeting prostitutes back in the 1980’s and they would refuse to even go and investigate despite the fact I’d given them his home and shop address a year before they caught him. The fact that I was a prostitute making the report negated the whole process.

When Bush started pumping millions of dollars into the ‘rescue and restore’ campaigns, what very few people realize is that he worded those grants to only help non-domestic victims of trafficking. When there were very brave US attorneys who challenged this wording and tried to apply these funds and resources to help the now recognized American trafficking victims through people like myself and Linda Lovelace, these US attorneys were all fired for no good reason.

There are two sides of the trafficking issue right now coexisting on the same playing field. You have the victims who have become survivors who are speaking their truth, and those who are coming forward to genuinely help in this fight to stop sex trafficking. Then you have people who are plants of the traffickers who appear to be good guys, while in fact they’re using the system to relay information back to them for the purposes of keeping their victims not only in line but also to prevent them from blowing the whistle.

There’s no way these women would feel safe either calling 911 or some task force to come and help them and think they’d make it out safely. Nor could they be put in the local shelter because these guys would know immediately where they’d gone.

So we have Sex Workers Anonymous (formerly Prostitutes Anonymous) which focuses entirely on the recovery process for survivors, and Trafficking and Prostitution Services, which is for trafficking rescue work. Since we’ve been doing this work, we’ve processed an estimated 350,000 phone calls, emails, letters, etc.

As a survivor/advocate are there issues you face by speaking out?

I watched Linda Lovelace get up and tell the American public about being forced to film Deep Throat at gunpoint. When she tried to tell the public the truth about how men and women are forced to do many of the things they’re doing on film, people accused her of lying. I had become part of a 12-step group, which taught me that I had to also go out and carry the message to those who still suffered. I knew if Linda was the only one talking about this, they would boo her until they silenced her. Nobody wanted to think they had been getting sexual pleasure for years while watching a woman who was being raped and tortured. In order not to accept what she was saying, many had to try to convince themselves she was lying.

I knew it would be harder if there were more of us telling the truth about what goes on in that world. So I decided to also start telling my story. On many of the talk shows I’d gone on, I was the first person who had ever come on to talk about these subjects. I got accused of lying and then were accusations that I must be trying to sell a book. To avoid people thinking that, I deliberately didn’t come out with a book during those years I did the whole talk show circuit.

What does your work involve?

From 1987 until 1993 I went on every talk show, news show, prime time show like 20/20 and Current Affair, documentaries, morning shows, etc. I went on anything and everything that would allow me to speak out about what I’d seen. Each time I’d make a show, I’d get thousands of phone calls, letters, and so on (not emails because this was before there really was an internet) from men and women seeking help to break free, or recover from having gone through this nightmare themselves.

We formed Prostitutes Anonymous (now Sex Workers Anonymous) to let people know they could come forward for help, and they’d be assured anonymity in doing so. You couldn’t go on TV and talk about rescuing sex trafficking victims as a program because you have to realize at this time, nobody even believed trafficking existed.

What legal improvements or changes would help to abolish prostitution and sex trafficking?

The reasons why traffickers aren’t being caught and prosecuted is because the system currently places the case upon the shoulders of the victims  – victims who already know they don’t stand a chance if they were to testify. When forced to testify by a well-meaning system that wants to put a stop to the traffickers, they’re putting these victims lives further at risk. So they run. The problem with that is the only way they know to run is within the sex industry, which only leads them either back to the original trafficker or on to another one who claims they’ll protect them from the original trafficker.

The programs and laws that are being set up now need to have the input of people who understand how trafficking works if they really want to put a stop to this and create safe avenues of exit and recovery for the victims. For example, I saw one task force put up a list of questions you should ask someone you think is a trafficking victim. I know from experience that if you were to ask a real victim those questions, either someone is going to get hurt or they’ll just pick up and move the victim to another location where they’ll never get help. I contacted the task force and found that the questions had not been prepared by any survivors, but by law enforcement. I was able to track down who wrote those questions and they’ve asked me to provide input for their training materials. By getting more survivors involved in the process of setting up these systems, we’re going to be able to make a dent in this horrific epidemic.

My book, Diary of a Sex Trafficking Crusader

7 Comments on In the Booth with Ruth – Jody Williams, Founder of Sex Workers Anonymous (formerly Prostitutes Anonymous) and Trafficking and Prostitution Services