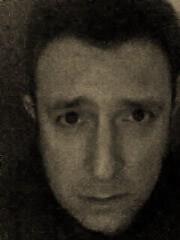 I started with the usual stories and essays at school. My Primary 4 teacher told my parents that I had a real talent for creative writing. After that I started writing for the school magazine and the local paper; it was then I interviewed Kintyre author, Angus MacVicar, who, after reading my article and some other work, told me I was destined to be a writer. Mind you, apart for some freelance journalism and promotional copy for various companies I have owned, or been involved with, it has taken me until now to write a novel.

I try to write at least five days a week, hopefully between 1500- 2000 words a day; though, as any other author will tell you, it doesn’t always work out that way.

I work from home, so there can be a lot of distractions, however, it pays to be disciplined. When I began writing WHISKY FROM SMALL GLASSES, I was pretty haphazard as far as my schedule was concerned – progress was too slow – a more strict routine solved this problem.

It is also important to take ‘time out’; the creative process requires much quiet contemplation in which to thrive, so a glass of red wine and a good novel, time spent with friends and family, or an episode or two of ‘The Killing’, are great ways to chill, then return to writing refreshed.

As I’ve just written a crime novel, I must say that is my favoured genre. However, I think good writing can transcend genre; in the last twenty years or so, genre fiction has come to be more accepted  as literary art – take Hilary Mantel’s historical fiction for instance, two Booker wins can’t be wrong! Hopefully, the days of literary snobbery are coming to a end.

Ultimately, I would like to get into the position where I’m able to alternate my DCI Daley novels with other subjects, in the way authors like Ian Banks do so well.

Crime fiction, either intentionally, or by accident, has become a mirror of modern society and culture. Writers like Rankin and Mankell have reflected the way people actually live, through the lens of the crime novel.  For instance, how much would the majority of the UK population actually know of the dynamics and way of life of countries like Norway or Sweden, were it not for the work of the exponents of Nordic Noire, that has become so ubiquitous?

Also, crime fiction is wonderful to write- a great way of getting rid of pent up aggression!

As well as actively promoting WHISKY FROM SMALL GLASSES, I am busy writing the sequel, provisionally entitled GHOSTS IN THE GLOAMING.

Media and PR keeps me very busy at the moment, though it is important for me to find the time and space to write.

Two film companies have shown interest in adapting WHISKY for the big screen; I would love to try my hand at a screenplay- fingers crossed!

I have also started what can only be described as a darkly comic satire called RALSTON GARDENS, which I am very excited about. It is a sideways look at the way the middle-classes live their lives in a dormitory village in central Scotland.

I have two historical novels in my head, that are shouting to be written, as well as another two DCI DALEY novels, plotted and awaiting my attention.

Whisky From Small Glasses on Amazon