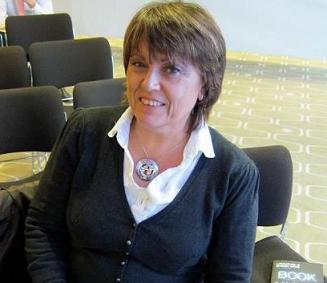 How do you feel about the police?

I come from a perspective of working in mental health; there is a long history of women with mental health problems being violently sexually abused and forced into prostitution by pimps.

The police are generally of very little help and appear to think that abuses should be managed by services operating safeguarding policies to protect the vulnerable. Of course this means that women do not receive a service.

You need to be very persistent to get police to attend. However, once there, they revert to the standpoint of services protecting users through safeguarding policies. It’s intolerable that vulnerable women do not get a helpful service from the police.

How do you think those in the sex trade feel about the police? Are you able to expand on this with specific examples?

The women I work with feel it’s pointless reporting anything to the police – nothing ever happens. They feel powerless to act, and this makes working with people for a better future very hard!

One of our women, who has a learning disability, mental health, and substance misuse problems regularly managed to get out of a locked area to be picked up by a pimp. She was sold to ten men for a few drugs for her personal use in one day.

She was only picked up by the police after a missing person alert was made by services. The police took her back to the locked area she lived in, but they made no attempt to arrest the men who pimped her or bought her.

She sees the police as people that lock her up. We had to move her out of the borough to protect her. Her life is marginally better now, but she finds it soul destroying to talk about her experiences.

Do you know people in the sex trade who have had dealings with the police? If so, are you able to describe what their experiences were like?

There are plenty of women who started in the sex trade with mental health problems. They are either picked up by the police and taken back to hospital, or they are ignored. Mostly ignored.

Many senior people in services call this behaviour a ‘lifestyle choice’ – attitudes are useless from most service areas.

What type of crimes have the women you work with had committed against them? Did they report those crimes to the police? And if so, how were they treated and what were the outcomes?

There are a number of women with no capacity to consent in line with the Mental Capacity Act. Sex crimes are committed against them because of that status. We’re talking about ‘normal’ punters, drug dealers and other male mental health clients in residential areas.

Capacity complicates things, especially in areas where we have gang/street behaviour and groups of staff with inadequate training. It matters how things are reported to the police. But reporting is either inadequate, or non-existent.

From your experience of working with women in the sex trade with mental health issues, what deters them from reporting crimes committed against them to the police?

There is no point reporting to the police if they are referred back to services or ignored. It takes a great deal of persuasion to get women in this position to go through with what we all know will be a pointless exercise. However, the conversation needs to happen with the police. We are all citizens and deserve a service.

Do the women you are involved working with report crimes against them to any other agencies instead? And if so, could you tell me what kind of agencies and what support they receive?

Crimes are reported to health workers and residential workers. Whilst there is often a lot of empathy, there is little else. A safeguarding procedure is instigated, but without a police investigation, there is little that can be done.

There is a huge training need for workers who often have inadequate practical responses and will not contact the police if the woman does not wish for that to happen. It is not, in my opinion, a decision that should be made by workers. A conversation needs to happen between the victim and the police with the agency’s full support.

Unfortunately, policy and training are not robust enough in health and residential facilities to guide staff responses to facilitate reporting.

How do you think the police view people in the sex trade? And do you think they take crimes committed against them seriously? Are you able to describe specific examples of this?

Our offices were near a particularly difficult area of Brixton, in London, where many women are trafficked. I regularly saw women being beaten on the street by a pimp or a customer.

The people at the bus stop would watch without reporting it. “It’s only a prostitute,” is the regular opinion.

If you phoned the police, they were disinterested. Police would pass by and ignore it. I think that speaks volumes.

How do you think the police should deal with crimes against people in the sex trade?

Every citizen has the right to a service from the police that protects them and uses the law appropriately to deal with the perpetrators of crimes against them.

Particular consideration should be given to crimes against sex workers as they are a targeted group, preyed upon by drug dealers, traffickers, perverts, rapists and other criminals. This makes them more at risk than others to violent crime and sustained abuse. Crime against their vulnerability is regularly the thing that got them to that place in the first instance.

Police need a huge amount of training, and a massive attitude change at ground level and above, to begin to make an impact. The Nordic model would be great, but we do not have robust enough attitudes of zero tolerance in our culture to achieve that yet. In the absence of such radical change, the police need to protect individuals from harm immediately.

How do you feel the Merseyside model of treating crimes against sex workers as hate crimes would benefit people in the sex trade?

The profile of sex workers will be raised by this project. Police training will improve. And a focus of attitude change will highlight the vulnerability of this group. It has already shown significant results in protecting people in the sex trade and led to increased convictions. It’s following up on pinning down criminals who would otherwise have got away with serious crime.

This can only engender hope in a system that has previously been hopeless, and will engage people in the process. People will receive justice as a citizen and some will hopefully get their lives back on track. It’s being visible in the positive sense of the word.

Do you feel there is a need for any changes to the Merseyside model if it were to be implemented UK wide? And what would those changes be?

It’s doing great things in Merseyside at present, but all things need to be reviewed and the impetus needs to be forcefully rolling on for the future. There’s always a drop in figures after an initial surge in positive activity, so the model needs to be prepared for that.

Maybe we should see this as a step to further innovation and a robust change of attitudes towards people in the sex trade. I don’t know if there’s a follow on study to be made about the qualitative changes to people’s lives – that would be great to see.

Would you like to see the Merseyside model rolled out across every police force within the UK?

Please support our petition on Change.org to make the Merseyside model the standard policing approach for the UK.