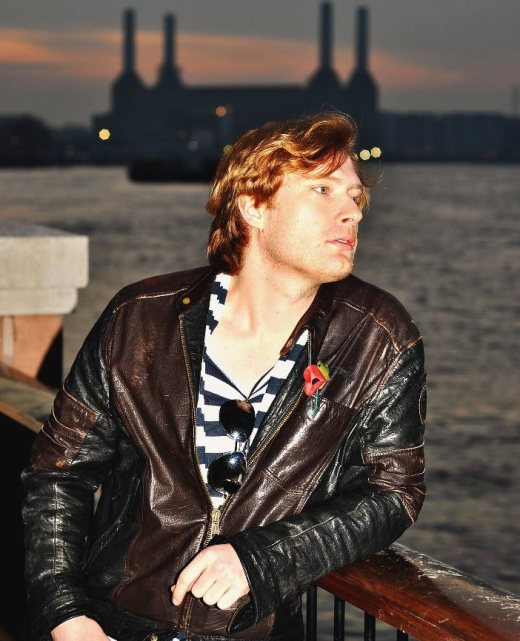 I had a desire to write from a very early age. It was all I ever wanted to do, but I didn’t start writing seriously until about three years ago. I spent many years thinking about writing and not doing anything about it while I was trapped in a soul destroying day job. I made a lot of excuses and drank a lot. Three years ago, I decided to change my career and become a journalist. I was desperately unhappy and had no desire to die in a damp-ridden converted boat house in Putney working for a rancid recruitment company.

Getting into journalism is incredibly tough, particularly if you do it later on as I did. It was a slow process and involved a lot of writing for free to begin with. I actually started off writing art reviews. In time, I set up my blog, Dissident Musings, which I used to comment on gay culture. This was largely born out of frustration – I felt that the gay press in the UK represented a depressingly narrow spectrum of gay life (clubbing, sex etc.) While there’s nothing wrong with this, and I’ve certainly done my fair share, I felt that many vital issues were being ignored, particularly those surrounding gay men’s health and behaviour. There was, and is still, a lack of serious gay journalism.

My blogs were initially very angry, but as time has gone on, they have become more confessional. I am now fortunate to work as Executive Editor for Beige magazine, a publication aimed at the LGBT market that showcases the many different types of culture available to gay men. I’m also a sub editor at The Guardian and freelance. I’ve been incredibly fortunate to have very supportive writer friends who have championed my work. Paul Burston’s pioneering journalism has always inspired me – it’s courageous and honest and is much needed in our community. James Maker, the winner of the 2012 Polari Prize, continues to be a source of endless inspiration. His beautifully written memoir ‘Auto Fellatio’ is, in my mind, everything that autobiographical writing should be.

My first published short story ‘The Anniversary’ was published in an anthology, edited by Paul Burston, and published by Limehouse Books. This really inspired me to continue writing. At the beginning of the year, I set myself a goal of writing something every day, even if it was just for fifteen minutes. I’m pleased to say that I’ve stuck with that. Every writer I’ve interviewed has said that it’s important to find the time and that if you really want to write, somehow you will find that slot. I think this is true.

In terms of journalism, I enjoy writing opinion pieces and also confessional journalism. There’s a part of me that enjoys being provocative. Memoir fascinates me and everything I’ve written has come from my own life in one form or another. I’ve only ever written from a gay experience. Short stories are often triggered by someone I’ve known or met, or perhaps just something I’ve seen which has caught my imagination. My work is often quite dark. I’m interested in people who are on the edge of society in some way, people who feel disconnected from what we call ‘normality’.

For me autobiographical writing is a way of exploring who I am and making sense of feelings and experiences that have often overwhelmed me; feelings that, too often, I’ve simply not known what to do with and have blocked out by craving other, frequently self-destructive forms of intensity.

I’ve always been an outsider. There was a time I struggled with this, but now I no longer want to belong to any one group. Looking back at my life and piecing together experiences is a form of therapy. Other attempts at therapy have never worked for me – I’ve always left after a period of time, usually with no explanation to the therapist! I want to understand the ways that I’ve tried to love, my relationship with sex and intimacy, and why I’ve made the choices I have in my life – choices that have rarely been conventional.

I’m working on a memoir. Amongst other things, it’s a look at my relationship with my father and how that may have informed my subsequent relationships and behaviour. It’s an attempt to understand where I come from and what made my father, who spent the first four years of his life in a Japanese prisoner of war camp, the complex, unknowable man that he always was to me.

It’s difficult to say how the book will turn out in the end, but as long as I’m completely honest with myself then I think I’ll be happy with the result. People who have read my work have said that they feel it is very brave in its honesty. I’ve never felt that myself. I’ve always been a very open person about my feelings.  If people wish to judge me on them then that’s their concern. It’s taken me a long while to reach that understanding and let go of pointless emotions like shame and guilt, but it’s a comfortable place to be in.

I want to get this memoir out of the way. That’s my priority right now and there’s nothing else that I want to write at the moment. After that, who knows?

My blog, Dissident Musings, is at www.alexhopkins.wordpress.com.