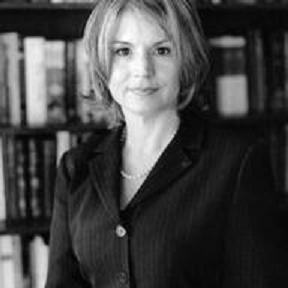 How did you become involved in supporting the abolition of prostitution?

When my book, Memoirs of a Sex Industry Survivor, came out in 2004, I found myself on the frontline regarding issues of child sex trafficking and the commercialized sexual exploitation of children.  Towards this end, I have worked for many years to create a strategy, which I call Operation Silver Braid.

What draws you to support and advocate for people in prostitution?

I am a survivor of prostitution, the sex industry, and trafficking. My heart has been with bringing sympathy for survivors since 1997.

What does your work in this area involve?

Under the charity of which I am the executive director, Voices for Justice, we set up a first point of contact with the Operation Silver Braid Strategy. We have a helpline and receive calls nationwide. We attempt to work with clergy, pastors, correctional officers, parents, and survivors to set up Silver Braid centers where survivors who need help, or concerned citizens, can have questions answered.  From 2002 until last year, the hotline was 888 702 7273. This number was connected with national trafficking hotlines, and something called ‘211’, which is a mental health referral resources number that is usually sponsored by United Way and can be set up in most cities. To give an example, we had Silver Braid/Sex Industry Survivor meetings in 25 US cities from 2005 until 2011, and several of these hubs were listed with 211.

We provide two curriculums of which I am the author. These are the Sex Industry Survivors and the Silver Braid Survivors Programs.  These programs have been run in jails, prisons, recovery homes, and churches nationwide.

What legal improvements or changes would help to abolish prostitution?

We believe that sexual violence, under the Department of Justice Violence Against Women Act (VAWA) needs to include the three aspects of sexual violence. We use the silver braid to represent these types, domestic violence, sexual assault, and sexual exploitation (prostitution and trafficking).

We need volunteers to run the meetings and create safe places for survivors in their communities. They can email me at sisasurvive@yahoo.com or on Facebook Author Anne Bissell or Anne Bissell.

To continue to expand Operation Silver Braid internationally and in every large US city.

My book, Memoirs of a Sex Industry Survivor