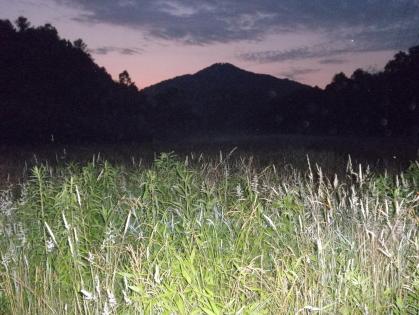 What inspired you to write about sexual exploitation?

I was inspired to write about sexual exploitation because of my experiences as a teenage runaway who was forced to rely on sexual favors in order to obtain the necessaries of life: food, shelter, safety from the violence of the streets and from other predators, even a place to take a shower, a ride to another town, a job.

Unfortunately, even the men who offered me shelter did not always accept “just” sexual favors in return for creature comforts, but sometimes demanded deviant acts or even violently raped me, even though I would have willingly given them sex.

Sex was so much the currency of my life that I didn’t even think about it. I just assumed that this was the price of my independence from an abusive home. Unfortunately, the price I ultimately paid was not just counted in physical trauma from violent rapes, but ongoing psychological trauma that has followed me throughout my life and made normal intimate relationships impossible, since sexual contact triggers my Post Traumatic Stress Disorder and I dissociate—my consciousness leaves my body and I am simply not present during the act.

Can you describe the storyline of your book? Is everything in the book factual or are some parts fiction?

My book in progress is a fictionalized autobiography with the working title, A Runaway Life. I have had to write it in third person because to say “I” or “such-and-such happened to me” causes instant dissociation. It took me years and years to discover that trick, since I have been trying to write it for over thirty years and not getting anywhere.

Now the book has grown to nearly 300 pages, telling the story of Dina Leah, who ran away from an abusive home after being brutally raped by an acquaintance at the age of sixteen. She runs from the East Coast of America to California, where she thinks she will find love and peace in 1970.  Instead, she finds riots, student and police violence, repeated rapes, and having to rely on sex for survival.

After a pregnancy and abortion, she decides to follow a lead for a job in New Mexico, where she lives in relative peace in a mountain shack; but her peace is shattered by a horrible tragedy, and she returns to the East Coast, only to find that there is no escaping from the lifestyle that has become so familiar to her.

Looking at my book, one would think that it could not possibly be factual. Unfortunately, it’s entirely true. I’ve often thought it would be nice to just make up a happy ending; but it would not be true to my story, and it would do no justice to the cause of ending sexual exploitation.

What legal improvements or changes would help to abolish sex trafficking and sexual exploitation?

Looking at the dynamics of street life and sexual exploitation in 2013 as opposed to 1970 when I was a street kid, I think that in my day a lot of street kids were out there, especially in California, to be “on the road,” to “find ourselves.” Unfortunately we found, rather than a world of enlightenment and truth, a cruel world where even “our own” were all too eager to take advantage of our vulnerability.

Today, the horror of young girls being stolen and sold into slavery, or human trafficking, accounts for a much larger proportion of exploited girls, and in lesser numbers, boys. And among the girls who live on the streets and must use sex to survive, I think a much greater proportion are slaves to drug use.

There have been many strategies for curbing the “problem” of sexual exploitation and trafficking, and most of them involve throwing legal consequences at the trafficked girls. This constitutes blaming the victims. The only thing that will end this horror is to target the purveyors, the pimps and madams, and the consumers, the johns who use and then throw away these girls as if they were a disposable commodity, which is exactly what they are under our current damnable system of social injustice.

Can you tell me about your life today, and how it is affected from your teenage years as a runaway?

I’d like to say that my story has had a happy ending. It almost did. With the help of a couple who took me in, treated me kindly, and mentored me, I was able to return to my education and become a Doctor of Pediatrics and Adolescent Medicine.

And I know that some of them did, because I met up with them in the hospital halls, wearing a volunteer’s uniform or carrying trays.

As for me, the trauma has been too much. I had to give up my medical practice, and now I live a reclusive life in retirement, writing my book, blogging, and supporting various online anti-trafficking organizations. I hope that one day soon I will be healthy enough to physically participate.

Everyone is cordially invited to visit my blogs frequently:

6 Comments on In the Booth with Ruth – Dina Leah, Survivor of Sexual Exploitation and Anti-Exploitation Author