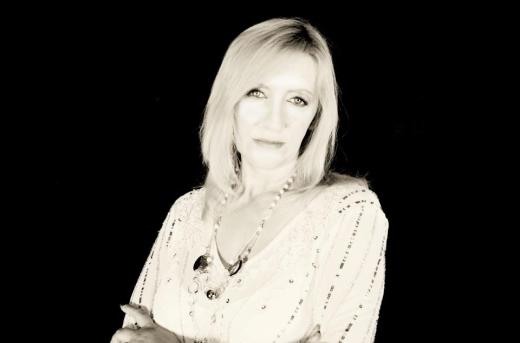 As a kid, I was always an avid reader, but with no library nearby and little money coming into the house, I had a limited choice of reading material. I took to rifling through my mum’s book collection – and what a revelation that was! My all-time favourite was The Happy Hooker. I carried that book around as if it was the Bible, and would read it at school when I was bored – as I always was. I hated school with a passion, and wagged my way through the fifth year, so it was hardly surprising that I left with no qualifications! I can still see the look on my maths teacher’s face when he caught me with that book. Needless to say, it was confiscated, but my fascination with gritty realism was already born. I think I particularly related to it because, by then, I had already been assaulted by a man who had caught me smoking in the park and convinced me that I would be arrested if I didn’t go with him. That experience haunted me, and ultimately became the seed from which my second book, Forget Me Not, grew.

I taught myself to type on my mum’s old Royal typewriter, and would pour out my troubles through angst-ridden poems. But that early self-training came in handy when I later became a singer and needed to write lyrics.

I never dreamed back then that I would one day write an actual book. Music had always been my main passion, and after moving to Manchester and joining a rock band, I thought my future was pretty much mapped out. But that all changed in my mid-30’s, when a massive tumour on my optic nerve almost killed me. The surgery laid me out for months but, having faced death in the face, I wanted to get a few things off my chest. A friend lent me a word-processing typewriter and I started writing – the first thing being about an incident a few years earlier, when a man had broken into my house and attacked me as I lay sleeping with my then 10 week old son in my arms. He hit me on the head with a claw hammer, fracturing my skull and leaving a 5” gash, but it was the psychological after-effects that affected me most deeply and I hoped that getting it all down on paper would exorcise the hold it’d had over me. It did, but it was way too personal for anyone else to read, so I decided to try my hand at fiction instead, using the Hulme Crescents where I had been living when I was attacked as the setting. The result was The Front, which I was lucky enough to have it accepted by the first publisher I sent it to: Hodder and Stoughton – who I have been with ever since.

I am contracted to write one book per year. My kids were still fairly young when I first started out, so I used to write after they had gone to bed at night, but now they’ve all grown up, I’m free to write whenever I like. I tend to start quite early nowadays. I work on my bed, with my laptop on my knee and Jeremy Kyle, Real Housewives, Steve, Maury, etc, on the TV in the corner of my eye. The real joy of working from home like this is that I can always be reached if my family need me; and if my grandchildren are staying over, I simply revert back to working at night.

In which genre do you most enjoy writing? And what draws you to write in that genre?

I once tried my hand at romance, but was so bored I wanted to kill both of my lead characters by page 6! I also did a stint of script-writing for The Bill, but found it frustrating as it is all dialogue and action, whereas I prefer to really delve into a character’s thoughts and emotions. Whatever I start, however light I intend it to be, it inevitably descends into something dark, so I guess crime fiction is the perfect genre for me as it allows me to explore the nastier side of the human psyche. And I’m a bit of a ‘what-if’ merchant in that I can see something on the news and think, yeah, but what if she/he had done this instead of that, maybe such and such would have happened instead . . .

I guess my personal experiences have given me a great insight into the emotional and psychological effects of crime; and as heroin was a massive problem when I lived in Hulme, I also have first-hand knowledge of the world of drugs, having seen far too many of my friends get gripped and destroyed by it.

That said, I never write about real people. It would be far too restrictive, because I’d constantly be worrying about what they will think of it. Fortunately, I have enough of my own experiences to draw from. And it helps that I have an over-active imagination!

I am currently working on book 13. My working title is HONEY, but I won’t tell you anything about it as there is still a long way to go, and it will undoubtedly change before I reach the end. Book 12, BROKE, is out in January, and is quite topical in that it concerns the devastating effects that taking out a loan with a loan-shark can have on a young, already desperate family.

I’ll carry on writing for as long as my readers enjoy what I do – or until the market completely falls apart, whichever comes first. I have also been toying with the idea of doing some script-writing again, but with my own original ideas this time. And I have several, so let’s just say Watch This Space…

My partner, Win, is currently building my website – mandasueheller.com – so there will be a lot more information on there once it’s up and running.

I was once approached by a publisher and asked to write my autobiography, but I declined because of the effect it might have on my family. I might do it one day, but I doubt I’ll allow anyone to read it until I’m dead and buried 🙂

Mandasue Heller’s books are available on Amazon UK here and Amazon US here.