When I came to the human trafficking field from working on domestic and sexual violence, I was shocked by a lot of things. It was disturbing to learn about the various ways traffickers abuse and exploit victims for labor and sex and surprising to see how frequently human trafficking intersected directly with intimate partner violence, sex assault and child abuse.

However, a different type of unsettling surprise for me came not from the crime itself, but from the terminology used to discuss it. More specifically, I was shocked by how commonly the word “rescue” was used to describe identifying and assisting victims and survivors of human trafficking.

This was so foreign to me because in the domestic and sexual violence fields it would be unthinkable to refer to victim identification and assistance as a “rescue” or “rescue mission.” I can only imagine the faces of my former colleagues if I had said that my work with an individual had “rescued” them from their abuser. There would have been some serious questioning of my ability to provide appropriate, trauma-informed services to that person without doing considerable harm as well as my motives for doing the work in the first place.

Having come from disciplines where the use of this term would be seen as highly inappropriate and demeaning to a victim or survivor of crime, it was very odd to me that “rescue” was a term used not only in everyday language around the issue but also in awareness and education, news media and even in the names of anti-trafficking organizations and programs. Although “rescue” is a word that evokes images of life-saving missions to pull people from a burning building, I soon found out that the anti-trafficking field had essentially reclaimed the word to convey uniqueness in the ways trafficking victims are identified and given assistance.

Now you may be wondering, “What harm can using a term like this really do?” Unfortunately, the frequent use of “rescue” has a serious impact on victims and survivors of human trafficking as well as to the human trafficking field as a whole. Here are some reasons why:

Some of you may have been thinking “but human trafficking is unique and usually involves kidnapping and confinement, so rescuing fits!” However, more often than not, traffickers aren’t complete strangers utilizing brute force but are known or become known to their victims by forming relationships and strong trauma bonds, making it difficult to leave because of love, hope and fear involved. Some victims are even trafficked by intimate partners, parents and other relatives. Also, anyone who has worked with trafficking survivors will tell you that the dynamics of this crime are complex and the forms of power and control employed by traffickers are often psychological rather than physical, similar to domestic violence.

Impact: So if your idea of a human trafficking victim is someone waiting to be rescued, you will find yourself confused when, instead of holding out their arms to you in relief and gratefulness, a victim uses some choice words to tell you where you can go and returns to their trafficker over and over again. Using the word “rescue” simplifies this incredibly complex crime and promotes misconceptions about who traffickers are and how they control and manipulate their victims. This is not only detrimental to law enforcement and service providers’ ability to identify victims, it is also harmful to our capacity to prosecute traffickers when a jury expects a victim who was chained up by their trafficker rather than one who leaves and returns to a trafficking situation multiple times.

Wondering why my previous coworkers would have been concerned if I said I “rescued” someone from their abuser? Because when you say that you “rescued” someone, that statement is about empowering and aggrandizing yourself while disempowering the person you think you rescued. This is because “rescuing” creates an uneven power dynamic where the “rescuer” (read: hero) has all of the power in the relationship and the “rescuee” (read: helpless victim) has no agency or role in the exit of his or her abusive situation. While not everyone using the word “rescue” is purposefully trying to pump their own egos and disempower victims, they are certainly using the term without thinking of its true meaning and impact.

Impact: A relationship built on inequality with an empowered, potentially self-serving role for the “rescuer” and a demeaning and demoralizing role for the victim mirrors the uneven power dynamics they experienced with their trafficker. This unequal relationship is the antithesis of trauma-informed care, as it doesn’t allow for mutuality and true empowerment, and ultimately inhibits a victim’s path to healing and survivorship.

Everyone Wants to Rescue a Victim!

The use of the exclamation point is for sarcasm and the point is that this simplistic view of human trafficking gives a simplistic idea of the solution. Well-meaning, compassionate people hear about the horrors of human trafficking and how victims are just waiting to be rescued, and think, “Hey, that is something I can do!” without understanding of the complexity of the situation and the necessity for a trauma-informed professional response. Look no further than Nicholas Kristof’s Half the Skywhere he discovers in his chapter entitled “Rescuing Girls is the Easy Part” that taking women out of brothels doesn’t mean they won’t return or that all their problems have been magically solved.

Impact: Multiple organizations are forming with the idea of “rescuing” trafficking victims without professional experience in victim services and trauma. Sometimes these organizations even plan their own undercover rescue missions or try to be a kind of renegade force to fill in where official law enforcement can’t respond. A week doesn’t seem to go by that I don’t hear of a new organization that wants to “rescue” or “save” victims of human trafficking. And while they may have good intentions, ignorance and inexperience can be incredibly harmful to victims and survivors who need professional trauma-informed services. Moreover, the ease with which organizations are able to form and claim expertise in this relatively new field of human trafficking is astounding and frightening. Because the field is younger than say the domestic violence or sex assault fields, new organizations can often form without much question from funders or even partners in the field as to how qualified they are to be providing services in the first place.

For all of these reasons and the harmful impacts they have, the anti-trafficking field has to reevaluate the use of the word “rescue” in everyday language among practitioners, in communication to the general public and most importantly, to victims and survivors themselves. We should rely on more traditional, professional terms when we talk about discovering and working with victims of this crime that truly reflect its nature, such as “identification” and “assistance.”

This reevaluation and revamping of our terminology is crucial because before we can meaningfully move forward in our efforts to end human trafficking, we have to communicate the correct information about what this crime looks like and have appropriate responses and services that don’t further disempower victims and survivors. It’s time we take off the “rescuer’s” cape and elevate our language around anti-trafficking work to the trauma-informed, victim-centered place that it should be.

This article was originally published on the Colorado Coalition Against Sexual Assault blog. 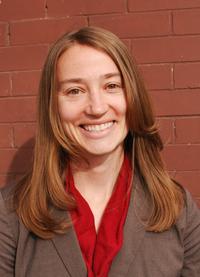 Becky Owens Bullard is the Project Director of the Denver Anti-Trafficking Alliance and is a national trainer on issues of human trafficking, domestic violence and sexual assault. Becky has conducted trainings nation-wide for diverse audiences, created the Human Trafficking Power and Control Wheel, and authored numerous trainings, victim assessment tools and articles on her blog, the Voices Against Violence Project.

4 Comments on Take Off The Cape: Why Using The Word “Rescue” Is Harmful To Anti-Trafficking Efforts