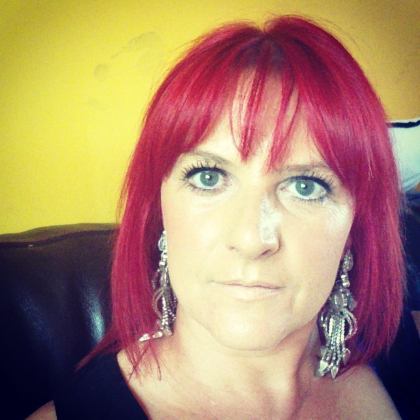 I began as soon as I could pick up a pen. I used to make tiny books, held together by pins, with characters I’d nicked from Enid Blyton. ‘Binkle and Flip and the Human Beans’ was the first one. I’ve always enjoyed being creative with the truth. I told the kids in my class I was a mermaid at weekends and Batman was my uncle.

When I was married I bought a typewriter and wrote lots of terrible poetry. I penned a masterpiece called ‘Poems For Kids, Not Old Goats.’ I’m amazed it was rejected! How could my genius remain undiscovered?

I started writing my first novel, SHIT HAPPENS, when I was going through a messy divorce. I was in debt, living in poverty with four little ones and the phone had been disconnected. The novel started as a rant. I entered the first chapter and last paragraph into a competition and was highly commended. That’s when I was inspired to become a writer.

I try and write every day but I often get distracted by living. I teach four days a week (which means full time when you consider all the planning and marking);  I run my six year old to cheerleading, street dance, ballet, gymnastics and horse-riding; I procrastinate by posting on Facebook and Twitter. I write on Wednesdays as I don’t teach that day and my little one’s at school. Sometimes I have to hide in Starbucks to avoid the phone and people at the door selling chamois leathers or salvation.

I probably find writing picture books the most enjoyable.

Because they’re only a few hundred words. Far easier than writing 100K.

I plan to be rich and famous so that people will recognise me in the street and say, ‘That’s the woman who knocked JK Rowling off the top spot. Go and ask her for her autograph.’ And when I go in the chippy, people will move so that I can get to the front of the queue. And when I go to the pub everyone will pat me on the back and buy me a drink.

People are asking for a sequel to SHIT HAPPENS but I hate sequels. I’d quite like to do something with the character of Elsie because I really like her and I think her family has potential. 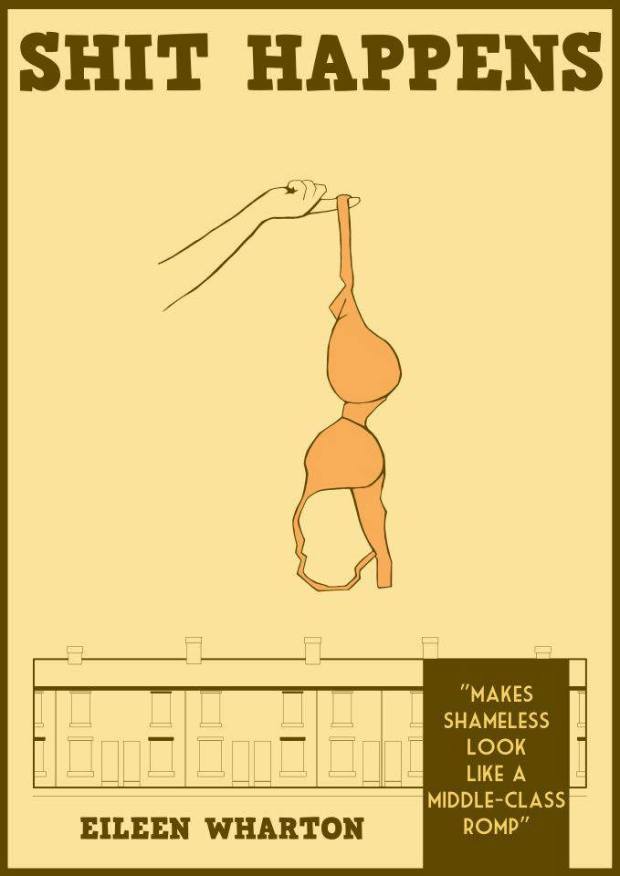 My secret diary. Failing that, you could add me on Facebook. Eileen Wharton Writer is the account on which I’ll just add randomers. The other account is for close friends and family. You can follow me on Twitter @WhartonEileen but I keep getting hacked so you’ll probably just receive messages about weight loss and penis extensions. Mind, if you’re a fat lad with a little willy, that’s ideal.

3 Comments on In the Booth with Ruth – Eileen Wharton, Author